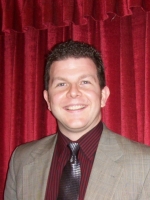 Chris has served two stints as Minister of Music, the first from February 1997 – January 2006, and the second from June 2006 – present.  He came to PBC just a few months after earning his B. A. in Music and Political Science from Carson-Newman College in Jefferson City, Tennessee.  Chris also spent two years of his bachelor’s degree studies in the classical guitar program at the Peabody Conservatory of Music here in Baltimore.  Currently, he works full-time as an optician with the Wilmer Eye Institute, but he says that church music is where his heart is!  Chris and his wife Anysia live in Bel Air, Maryland.  He enjoys reading, walking/hiking, watching football, and attending Baltimore Symphony Orchestra concerts.